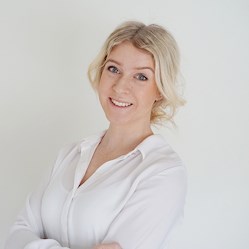 // As you might've read earlier, I went to the Opera last week to see La Bohème. We went there earlier to get some bubbly in the golden lounge. Such a nice thing to do in the middle of the week I have to say! I wasn't gonna talk more about it than this, but I felt like I needed to show some pictures. It reminded me sooo much of Paris, something I have never really thought about earlier. Can you imagine that we actually have these kind of buildings in Stockholm as well?

Anyway, I just said bye to Vendela after having lunch together and now I thought I'd start on an assignment until next week. It's probably a good idea to actually try to understand the subjects fully. I did notice a difference in Paris when I was active in classes and even though the schools are really different it has to help being thorough with the assignments here, as a help for the upcoming exam? Now's probably the time you're all thinking, wow she didn't realize that until now? Well, 2,5 years later and I'm getting there! // Hi guys, how are you? I'm still stuck with my cold sadly and have just tried to have a calm day. I did, however, go to my lecture but it ended up being canceled so I'm already back home again. Oh well, looking at the bright side I got some fresh air and got to say hello to a few friends. Now it's time to get all cozied up on the couch watching a series and I'm gonna try to get rid of this cold now, I'm going crazy!